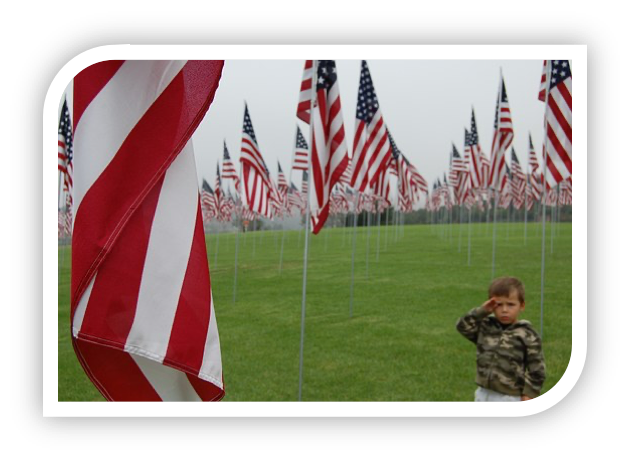 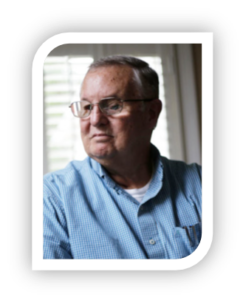 As Veterans day approaches, I have been thinking a great deal about several of my fellow Veterans and the heroes that I have had the privilege of knowing. I think of Bill Haneke, the author of the riveting book, Trust Not, where he recounts in incredible detail, his perilous experience in South Vietnam.

As a young Army Captain, Bill was part of the American Military Assistance Command Advisory Team 37 (MACV 37).  The purpose of Bill’s Advisory team was to train the South Vietnamese district chief and his troops in defense, civic action and medical support for the people in the Hoa Da district of the Binh Thuan province.[1] This required fending off the Viet Cong, who were ever watching and preparing to attack.

One morning, Bill was moving an oil drum around the perimeter of the compound. Suddenly a Viet Cong–detonated mine exploded catapulting him 80 feet into the air and left him hanging sideways on a barbed-wire fence.  He was declared dead at least 5 times within the first 48 hours after the incident. He would lose half of his right leg, part of his left foot and one eye. He endured several hundred surgical procedures in the 4 years he spent in and out of various military hospitals.[2]

Initially, unable to speak and blind, he was misdiagnosed and put into the psychiatric ward. His family advocated for him and eventually secured the care he needed which included 15 different medical specialties.  After nearly 4 years of complete blindness, a surgery to remove a cataract from his remaining eye, miraculously resulted in him regaining his vision.[3]

Even when he was horribly wounded and clinging to life, he said to himself, “The enemy took my body, but he will not take my will.”[4]  And so, he fought. Bill’s indominable faith saw him through years of rehabilitation followed by an all too real struggle to remake his life outside the Army. Stolen of his sight, he refused to remain in a wheelchair. Bill learned to walk with the aid of two crutches and the help of his family to “see” his way. He initially wanted to still serve his country in a supportive government role but was told, he was “too far gone.”[5] He was even told, “you would be a bad advertisement for cadets or soldiers wanting to come into the service.”[6]  Those words stung, yet, Bill adapted. He reasoned, he had been inside hospitals for several years, why not get a degree in hospital administration?

Bill still had faith.  He saw himself surviving and thriving, despite his physical limitations. Still blind, he applied to graduate school.  With a less than stellar undergraduate record from West Point, he had to convince the Veterans Administration that he was up to the academic challenge. Eventually, he was accepted and earned a Master’s in Healthcare Administration and in time regained vision in his remaining eye. This led to an exciting career spanning the next 28-30 years of his life.   His years as a patient, significantly benefited him as a Hospital Administrator. From reorganizing emergency rooms with a keen sense of how patients were treated, Bill improved patient outcomes and hospital operations. He continued to add value wherever he served.

After 911, Bill and several of his Veteran friends began visiting the severely injured soldiers and sailors at the Hunter Homes McGuire Veterans Medical Center in Richmond, Virginia. The same medical center where decades earlier, Bill had spent years of his life recovering from his numerous surgeries. Still using his crutches, Bill would walk into the rooms of the young service members. He would listen to their stories, encourage and even joke with the wounded. His towering figure albeit supported by crutches leaves an indelible impression.

As the War on Terror continued, the number of wounded increased. Bill and his friends continued to meet recovering warriors and their families. Fathers, mothers, wives, husbands and children would travel long distances to visit their loved ones.  Often a family member would stay for several weeks, accruing significant costs for hotel, transportation and food.  Some would lose jobs and face financial duress as they attempted to live near their recovering family member. It reminded Bill of how his family suffered financially when he was hospitalized at Walter Reed Medical Center just 2 hours from his home.

Seeing the desperation of these families, Bill and his Veteran friends did not sit by but chose to act.  They founded the non-profit, Families of the Wounded Fund (www.fotwf.org). This amazing organization exists “to provide financial resources in support of family members/caregivers of military service men and women who have either been wounded in combat operations or injured as the result of line-of-duty activities in support of combat operations.”[7]

When I think of a Veteran, who embodies the selfless service of a patriot, I think of my friend, Bill. This is a man who served his country, was injured, overcame his injuries, worked around his limitations to then serve others. Now in his retirement, he focuses on ways to alleviate the financial burdens of the families of wounded warriors.

As you celebrate Veterans Day, remember that freedom is not free. As a country we should make every effort to support our military members, Veterans and their families. If you are Veteran reading this, I want to thank you for your service.

To honor those like my friend, Bill, who paid a price for the freedoms we so often take for granted, I want to offer 100% of my book profits for the month of November to The Families of the Wounded Fund.

If you would like to support my endeavor, order my book, West Point Woman on Amazon.  For those of you who would prefer an autographed copy of my leadership memoire go to: www.sarapotecha.com and follow the tab labeled The Book.

For all the Veterans like Bill, I salute you this Veterans Day! 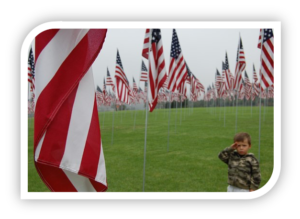 [2] The West Point Center for Oral History (September 23, 2011) Trust Not: How a U.S. military advisory overcame a near fatal wounding in Vietnam. Retrieved October 27, 2019 from http://www.westpointcoh.org/interviews/trust-not-how-a-u-s-military-advisor-overcame-a-near-fatal-wounding-in-vietnam

[7] The Families of the Wounded Mission & Purpose. Retrieved October 26, 2019 from http://www.fotwf.org/mission/