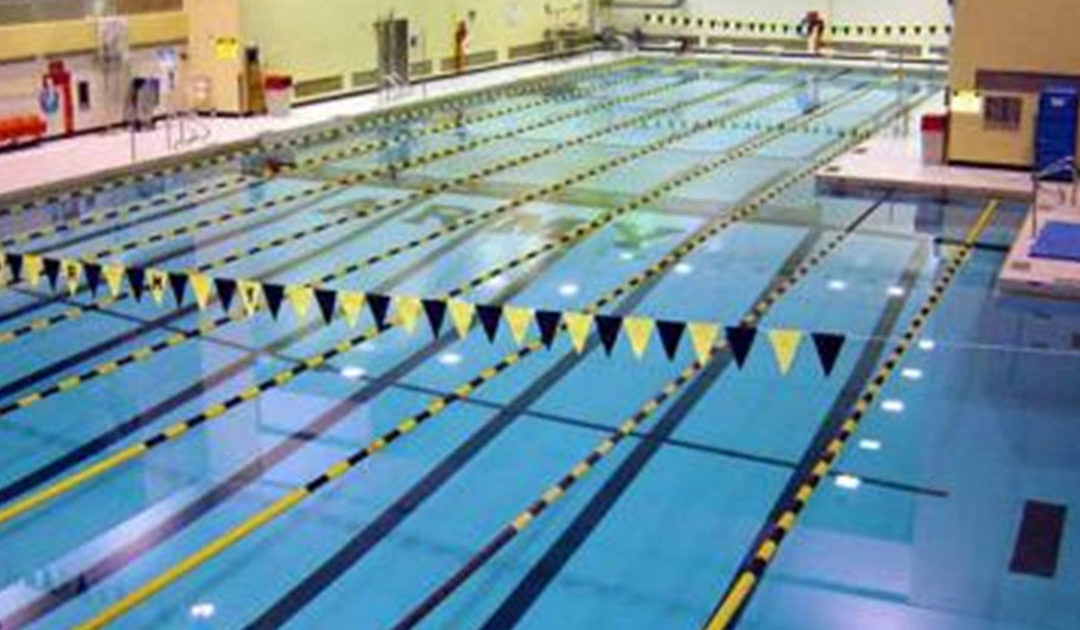 My daughter, Larisa became a swimmer when she was just 12 years old. She joined a year-round swim team and later went on to compete in college. As a swim Mom, they never tell you how much a parent is required to do to support a swim team. Although volunteering never seemed a burden to me, there was one annual event that was incredibly challenging. Larisa’s team practiced in an outdoor pool until late fall when it became too cold to do so. Then the pool would need an inflatable pool enclosure or “bubble” so those swimmers could swim all through the winter and early spring when the apparatus would be taken down. However, erecting this mammoth bubble was an extreme undertaking.

I remember arriving early on a Saturday morning with several other parents and the Coach. I assumed this would be a couple of hours of sweaty work. I was wrong. First, we began by rolling out the huge contraption and its supporting cables and ropes. This is where we ran into our first of many issues. When the bubble had been stored away, no one thought how many cables and ropes were involved and merely rolled it all up and every cable and rope was completely entangled in one another. Imagine if you will, a humongous ball of knots. As we attempted to unroll the bubble, we created more knots at the other end of those cables. We kept at it and we began to see we were not making much progress. Coach Duncan, remarked, “This is one of those times, when quitting may be the only best option!” We chuckled and realized, we truly had no other option than to forge ahead.

Indeed, that Coach demonstrated innate leadership and kept at the task with his intrepid volunteers and in time, we had unraveled enough knots that the bubble could be laid flat and the construction could begin. He encouraged his team with humor but also tackled the problem head on and kept at it until we were successful. It is no surprise that his similar tenacity and dedication as a swim coach has produced swimmers earning national titles and even entrance into the Olympics.

All leaders will face problems and need to persevere through problems until they are resolved. In my book, I learned problem solving early as a West Point cadet. Sometimes those lessons were taught through leadership exercises or in academic grueling class work. More often than not, those lessons were taught in real time with little or no alternative than to overcome or be overcome. Join me now in reading an excerpt from my book, West Point Woman, on problem solving.

Leaders are paid to solve problems, whether they be tactical or strategic, resource allocations or human resource issues. In my years of working with a variety of leaders, I am often amazed by how tangled they can become in sorting out an issue or challenge when it appears too close to the chest for them.
The West Point leadership experience was by its nature experiential and often included many lessons taught by fire, so to speak. However, in this case, also by water.
One of the physical education requirements Fourth Classmen were required to pass, was Plebe swimming. There was a particular requirement that challenged me to the core. It was called the 50-meter “Bob and Travel.”
Plebes donned olive-green fatigues and oversized men’s boots and hoisted a ruck sack full of 40 lbs. of bricks on their backs. The task was to jump boots first into an 8-foot deep pool, land on your feet, push forward off the bottom of the pool to reach the surface, take a breath, and then make your way across the 50-meter pool, bobbing and travelling.
At the time, I was a mere 100 lbs. and so when I first jumped into the water, I experienced physics. You guessed it. I was pulled on my back and then struggled to get out of the rucksack, and not drown. I barely escaped before I came up for air. (I should also add the Department of Physical Education (DPE) instructors were known for allowing Plebes to take in some water before they “assisted” and yanked us out of the water.)
My first approach to the event failed. At that point, I was not sure whether I could ever get across the insurmountable 50-meter length of the pool. So, the next time I leaned forward when I jumped off the side of the pool. This time I did not fall on my back, and I was able to get my feet underneath me and then push off the bottom of the pool. However, I was barely able to clear my nose to take in a full breath when I briefly met the surface. I knew I did not have enough air to go to the bottom again, so again, I failed. I struggled out of the dead weight of the rucksack and climbed out of the pool.
By this time, most of my male classmates had finished the event successfully and I felt defeated. However, one does not “get out” of any of these requirements, so I gave it another try. This time, I was more confident. I knew I was not going to die from lack of oxygen, so I jumped in, leaning forward, and hit the bottom. Then with both feet and all my strength, I pushed with everything I had and cleared the water to take a breath. As I descended, it occurred to me that I could make more progress by walking on the floor of the pool than by bobbing to the next descent. So, that is what I did. I walked three steps and then pushed off for the surface. I continued doing this until I reached the end of the pool.
Dripping wet as I pulled myself and the heavy sack of bricks out of the pool, the DPE Instructor stated, “I have never seen anyone do it that way. Good job, Cadet!”
At the time I remember thinking, “Well, that is the only way I could have gone that far with half my body weight in bricks weighing me down!”
I relate this story not to imply I was some super woman; no, indeed! I had failed twice before I succeeded. Yet, when I was failing, I was actually figuring out how to solve the problem! I was experimenting with what I had to work with and learning how to negotiate the obstacle in real time.
I could not change the rules of the game. Yes, the men also had 40 lbs. of bricks on their backs. This was most likely only 1/5 or 1/6 of their body weight. I also could not change the fact that I had to meet this problem head on. I simply worked with the resources I had at that given moment.
It is much the same with leaders. We are forced to solve problems in real time with the resources we have at our disposal. Often a situation can seem stacked against us, but failure is simply not an option. Yet, when we make a first attempt and fail, we may not recognize that we are beginning to problem solve by learning what is not working first. The most skilled leaders I have worked with recognize that when approaching what appears to be an insurmountable problem, they will figure it out. They accept that they may just have to look at the problem from a different perspective. Yet, they also do not shy away from choosing a course of action and, as they get feedback, they make course corrections.
Several years ago, I had been developing and teaching a series of leadership programs. In that process I purchased and read numerous leadership books. One book even arrived with a coffee cup that on one side read:

No problem is unique

And, on the opposite side of the mug, it read:

I stored the cup in one of my kitchen cabinets and did not think much more about it. Many years passed and I found myself downsized from a major role in a company. To make matters worse, I had recently been in a car accident that left me with a broken collar bone. I was in physical pain, feeling despondent and demoralized. One morning, I reached for that mug, read the inscription and realized that this is all I had to do.
I accepted that unemployment was a problem, but it had happened to many people. My clavicle would heal, but I could still type with one hand and make more phone calls. I had transitioned between jobs before, and I knew what
I needed to do to find my next role. So, I just needed to work the problem. As I moved to action, I accepted that the situation was not permanent and that, in time, I would figure it out. And I did! My next role was more lucrative and enjoyable than the last.
Cultivating Character
When we are facing an immobilizing problem, we must first begin by believing that the issue is not unique. Rather, there exists a wide variety of possible solutions to the problem. After accepting this as fact, hope can emerge. Our job, then, is to figure out a solution from a myriad of possible options.
With this premise in mind, consider a major problem or challenge you are currently facing. Now, consider the following questions. These inquiries are designed to reframe your thinking, so you can consider several possible solutions.
• What seems to be the main obstacle? What concerns you most about …?
• How have you handled something like this before? What was the outcome?
• How have you seen someone you respect handle a similar situation?
• What part of the situation have you not explored?
• What other options can you now consider?
Then, based on your responses, select your preferred option and develop an implementation plan that identifies the resources you need, the timeframe to implement the solution, and the expected outcomes from your selected course of action. It is also important to breakdown your plan into manageable action steps so as not to become overwhelmed when tackling a major challenge. Last, build in some form of accountability for the implementation through a coach or a supportive colleague. Particularly for more complex issues building in an accountability partner helps to keep you focused through completion of the plan.
The next time you face a problem that is appears to be overly complex and bewildering, remember to step back, consider your options, make an attempt and then make another, and then another. And in time, the solution will be made clear.
You see, I was fortunate, I learned problem solving early – even as I was gasping for air in the Academy’s 50-meter pool.