Mining for Diamonds: Rethinking Your Disadvantages 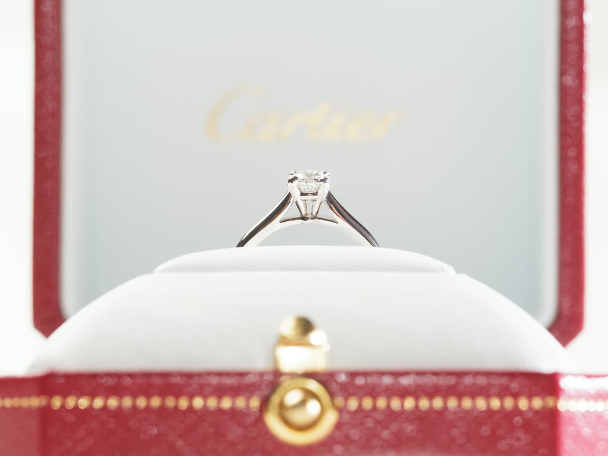 When I was a little girl in elementary school, I hated being asked to line up by height. I was always the shortest in the class. Lining up by stature always made me feel small and insignificant. I would complain to my mom, “Why did I have to be so short?” My mom had been a college tennis coach. And once a coach, always a coach. My mom never let me dwell on a negative thought about myself. Instead, she would quickly respond, “Good things come in small packages, like diamonds.” Her words would reframe my opinion of myself. For a moment, I imagined myself not as little and inconsequential but unique and valuable like a diamond.

However, a week or month might go by when I was reminded of my limited stature. A boy may have teased me, or my size prevented me from reaching something. I would find my mom and grumble about my size. As a coach, she would more forcefully admonish me, “Sara, you know that good things come in small packages!”

There were real challenges to being short. As a freshman in high school, I wasn’t good enough to play on the girls’ varsity basketball team. Instead, I worked hard at practice and then played with my three brothers. With them, I had to jump higher to capture a rebound or attempt a shot from further out from the basket. Hours of practice with those boys made me relentless on the court with girls much taller than me. Eventually, my coach noticed and admonished my lanky teammates, “Sara, with her little legs jumps higher than you!” And it was not long before my coach invited me to join the varsity team. My diminutive size made me work harder and that got me noticed.

At West Point, it was quite evident that being short had major disadvantages. When organizing for a parade, the company lined up by height. The cadet company commander would bellow, “Right face!” We would turn to our right. Next, he would command, “If you are taller than the man in front of you, move up.” I quickly made my way to the very back of the line. “Stubs” as we were called, watched every parade staring at the back of the cadet in front of us. Only as a senior or firstie and a member of battalion staff, did I finally have a view of the parade field!

Malcolm Gladwell in his fascinating work, David and Goliath – Underdogs, Misfits, and the Art of Battling Giants, describes how underdogs often come out on top. He begins with David, the shepherd boy who must face the giant warrior, Goliath. David refused the heavy armor that was offered. Instead, he took what he knew – rock slinging and performed that skill extremely well. Goliath also relied on what he knew – intimidation to draw his opponent into hand to hand conflict where he could exploit his physical advantage. Gladwell suggests that although the giant appeared to be an insurmountable adversary, Goliath actually had weak spots. His size did not make him nimble and he may have had vision issues. His biggest blind spot was that he assumed there was only one way to fight. David by contrast, as a shepherd protecting his flock from predators, lived by his wits. He became skilled at using his slingshot and quickly adapting to new situations including ultimately defeating and killing Goliath.

Could a modern-day Goliath be the aging whale of a company that is eclipsed by an inventive, upstart competitor? Would it explain how a complete outsider with fresh new ideas unseats the aging professional politician?

Gladwell argues that misfits and outsiders typically understand that they have nothing to lose. This fact gives them the freedom to challenge conventual wisdom. The Wright brothers were bicycle mechanics. They did not have college educations, wealth, or any special advantages. What they did have were parents who encouraged intellectual curiosity. Their home was filled with books of all types, from novels and poetry to ancient history and encyclopedias.

In his early twenty’s, Wilbur Wright became fascinated with the anatomy of birds and read extensively on the subject. Years later he used that knowledge as he built an innovative three-axis control system that mirrored the movement of bird wings. When Orville and Wilbur began conducting their flying machine experiments in North Carolina, they discovered that the tables of air pressure data provided by Smithsonian scientists were full of errors. So, they built their own wind tunnel to acquire accurate measurements. By study, perseverance, imagination, and a willingness to question current scientific thought, these outsiders became the first in flight.

How often are you like me, seeing our weaknesses as the reason for our mediocre level of performance? Instead, what if we thought deeply about how to turn those limitations into an asset? What if we embraced, an “I have nothing to lose” mentality? What if we studied our competition more thoroughly and discovered their blind spots? What if we committed to reading more widely and questioning convention more readily? What if our perceived disadvantages became our diamonds in the rough?

My mom, the coach, if she was here, I am certain would tell us, “Go get your diamond!”