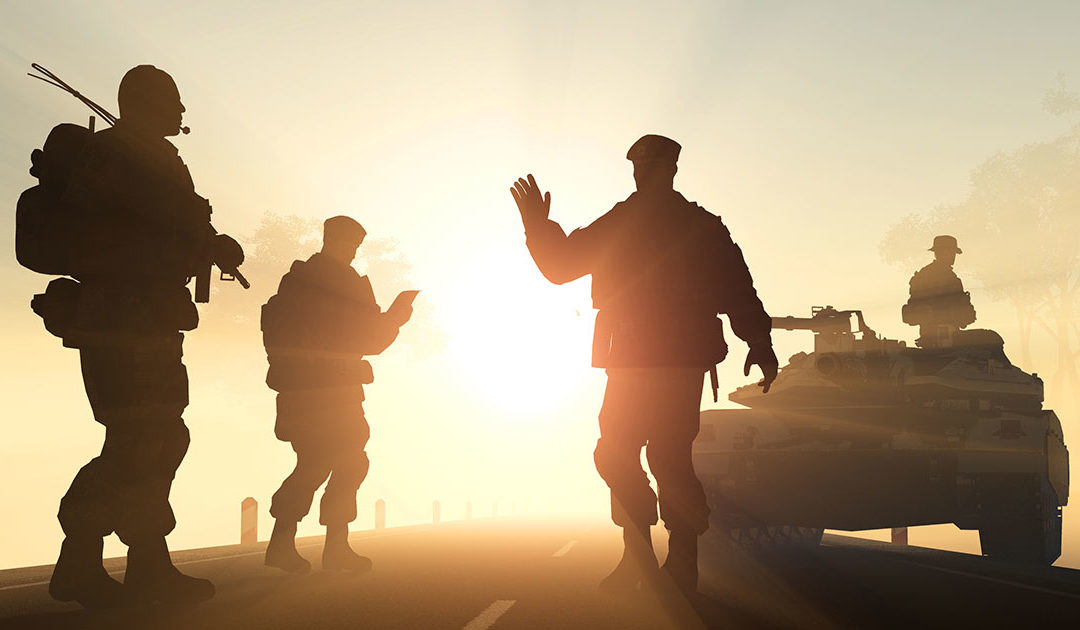 From the moment I arrived at West Point for “R-Day,” (or Reception Day), as a New Cadet, I became part of a team. I was assigned to a squad, a platoon and a company. The concept of relying on our classmates was embedded in our training day one, and it was how we were ultimately able to succeed. 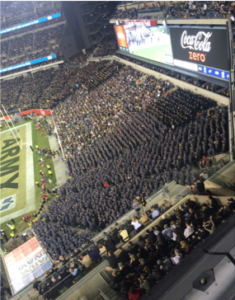 Initially, we learned to work with our roommate. Our roommate helped with everything from assisting us to memorize the reams of required fourth class knowledge, keeping the room in accordance with regulations and checking off our uniforms prior to leaving the room. By working together, we might avoid undue “attention” from Upperclassmen.

Cadets don several different uniforms at the Academy, and attention to detail was paramount. As New Cadets, we learned how to polish belt buckles and shoes. Often a squad member or roommate would have mastered this skill better than others and would help their classmates with polishing or aligning the uniform correctly. The most unusual requirement, however, was the “dress-off.” With any uniform that entails wearing a shirt tucked into pants or even shorts, a Fourth Classman is required to have a dress off, a body-hugging dress-off. This means that our shirts had to fit to the shape of our bodies, — tailored and not loose.

A dress-off is accomplished by first unbuckling and unzipping your pants a bit. My roommate would grab the excess material on each side of my shirt, pull it back and fold it across my back. Next, I would quickly fasten my pants and belt to hold the dress-off in place. Once we moved, the dress-off would loosen of course, and we would need another dress-off. So, it was not uncommon to ask your roommate to give you a dress-off several times a day. Women certainly have more curves than men, so our dress-offs often were found to be unacceptable despite our best efforts.

To be successful, we had to work together to complete our duties in efficient bursts of effort.

As we would conduct our fourth class duties, such as delivering mail or laundry to Upperclassmen’s rooms, our shirts would inevitably need an adjustment. Between deliveries, we might dive into a squad mate’s room and ask for a dress-off to avoid being stopped and hazed. As women cadets we were constantly unzipping our pants, and our classmates (both male and female) would give us dress-offs. And then we would do the same for them. To be successful, we had to work together to complete our duties in efficient bursts of effort.

As competition was a component of every task and event at the Academy, we supported our platoon or company when competing with others. We also encouraged classmates by assisting them in preparing for physical aptitude tests, academic challenges or a military exercise. A common phrase we heard was “cooperate and graduate.”

As we became Upperclassmen, we worked together in leadership roles and continued to learn personal responsibility and teamwork. We began to inculcate this thinking in our young charges. When I was a Second Classman (or “Cow” or junior) and a Beast Squad leader, I had a New Cadet who came to formation still wearing his white athletic socks with his dinner uniform. The white socks were easy to see next to his gray trousers as he quickly marched by. I stopped him and his roommate. I asked the roommate, “Did you check your roommate’s uniform before coming to dinner formation? “No Ma’am,” he said. So, I sent them both back to their room to make the needed correction. The idea of camaraderie, “being in this together” had to be ingrained.

The idea of camaraderie, “being in this together” had to be ingrained.

After completing my military service, I entered corporate America.  I have worked in and with both large and small companies, all with a variety of organizational structures. Some were highly structured with clearly defined reporting structures, and others were matrixed or cross-functional with reporting structures not clearly delineated. Despite the type of organization, there was a common missing element of camaraderie within the workforce. Things like frequent reorganizations or poorly planned “teambuilding” activities left one feeling more isolated than connected. And as a consultant, I would often encounter leadership teams that lacked cohesion and focus.

Patrick Lencioni in his classic book, The Advantage, describes an effective leadership team as follows:

Members of the leadership team are focused on team number one. They put the collective priorities and needs of the larger organization ahead of their own departments.[1]

Great teams embrace a “collective mentality” and have shared goals that overshadow individual department or personal goals. In fact, when this happens, departments will share resources rather than compete for them. Team members are willing to sacrifice for the better of the unit.[2]

We learned this concept early on as New Cadets and then as Plebes helping our fellow Fourth Classmen. And then as a member of the Corps of Cadets, we stood in unison during Army Football games to cheer on our usually beleaguered team. In unison, we would bellow, “The 12th man is here, the 12th man is here!” Win or lose, our chant indicated that we were an extension of our team and fully committed to it. (Unfortunately, when I attended, the Army football team lost three out of four contests with our arch rival, the Naval Academy, and tied them once). After our four years at the Academy many of us took with us the principle of ‘esprit de corps’ or team over individual accomplishment into all our professional endeavors.

Developing camaraderie requires intention. Team members must learn to subjugate their overall ambitions to that of the group’s goals. Only then can there exist a commitment to shared goals.

Here are some suggestions to bring camaraderie into your workplace.

If you are a leader you must hold all members of the team to the same standards of behavior. This requires that you make the time to observe your team dynamic and address the negative behaviors of members who undermine cohesion. This means that even a teammate with a specialized skill or who is a high producer will be held responsible for disruptive, disrespectful or non-productive team behaviors.

In this way, you can promote ‘esprit de corps’ and see your organization thrive under your leadership.