Have you ever felt like you are working up hill for a very long time? You don’t get that promotion, or the performance rating you desired. Or perhaps you have seized a deal and delivered but despite all your best efforts, your client is still not satisfied.  Life is about learning to overcome setbacks and disappointments. We often forget in those times to see failure as transient but rather a step toward success. And I have certainly learned a great deal about failure during my West Point experience. Join as I share an excerpt from my book… 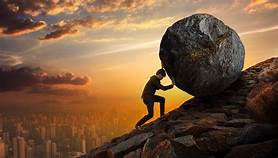 Early in Beast Barracks, within the first week, we were marched into an auditorium for a briefing. As we sat down, the officer at the front of the room began by saying, “Look at the person seated on your right, and now look at the person on your left. Two of you will not be here when you graduate.” I remember thinking while hearing this sobering proclamation that “I hope I have what it takes to get through this place.”

There are so many ways that a cadet can experience failure. I certainly had that experience. When I attended the Academy, every class assignment would be graded and posted for everyone to see. After every test or exam, our grades and names would be posted. Our grades on physical fitness exams and classes were also made public. Worse for me, was the public posting of our weight!

As a runner, I wanted to be rail thin. Yet, our high caloric diet of three meals a day combined with the stress of our daily life resulted in a 15-pound weight gain even as my weekly mileage increased while training for a marathon. The perfectionist in me found this incredibly frustrating.

One could also fail competing on one of the many athletic teams at the Academy. I developed a special respect for Army Football over the years. From 2002 to 2015, Army lost to Navy for 14 years in a row! This meant that there were Army football teams that, for their entire four years at West Point, were never victorious over our arch rival. In 2015, I attended the annual contest with Navy at Philadelphia’s Lincoln Financial Field stadium. Army took an early, impressive lead and the score was very close until the last quarter. Then Navy took the lead and won 21-17. At the end of the game, as we sang the Alma Mater, I remember the tears streaming down the cheeks of the Army Football team members. It hurts to lose! It’s painful to fail.

For me, like many cadets, the greatest struggles of my years at West Point were academic. Although a straight-A student in high school, I did not do nearly as well at West Point. There were extenuating situations, at times, when I felt a professor was unfair. But other cadets seemed to perform well under some of the instructors when I did not.

I have also had my fair share of set-backs and disappointments in my career. However, in time, I have learned to think of these events in the terms I did when I was just a young cadet. I have embraced the notion that success is a process built upon failure. The key, though, is to learn to fail fast, that is to learn to quickly recover from an unsuccessful attempt.

Success is a process build upon failure.

I discovered that this ability is a common trait among some of the most accomplished leaders in history.

The USMA Class of 1915 is called “the class stars fell on.” Of the 164 graduates, 59 rose to the rank of Brigadier General (a one-star General) or higher, three to the rank for full General and two to the rank of General of the Army. Included in this impressive class were the likes of Omar Bradley and Dwight D. Eisenhower, who became the 34th President of the United States.

However, in reading further about the Class of Stars, there was great disparity in the academic standing of these Generals. I was surprised to learn that President Eisenhower was only an average student. Academically he graduated 61st in a class of 164.

One of the “old graduates” that I came to admire was General George S. Patton, Class of 1909. Patton is often considered the most successful combat general in World War II. However, Cadet Patton was forced to repeat his entire Plebe year because he failed mathematics. Undeterred, Patton hired a tutor and worked very hard and eventually graduated 46th in a class of 103 cadets. Legend has it that his statue at the Academy faced the Cadet Library as punishment for his lack of abilities in the classroom. As I chose to study in the library, I recall passing the statue and saying, “Patton, there is no way I am taking five years to get through this place!”

The fact is that failure is a certainty, especially if you are attempting anything of real significance. If you haven’t failed at something recently, I would suggest that you may have set your sights too low.

Recently, I was listening to an interview of Scott Hamilton, the 1984 Olympic Ice Skating Gold Medalist. Scott was discussing his new book, Finish First. During the interview, Scott related a story about his son who plays ice hockey. The hockey team had lost a critical game and his son was angry and despondent. Scott then asked him, “What would you do differently if you could do things over?” His son began to declare how he might have practiced differently, prepared better, etc. Then Scott asked him a truly powerful question: “What would you have learned if you had won?” His son thought for a minute and realized that he would not have learned much at all if he had won.

The truth is that we can learn a great deal from failure. It is a source of good data that we can use to figure out our next steps, or our next attempt. The correct way to view failure is to view it as transient and not life-defining. Rather, failing is a learning process on our way to success.

Those who achieve the most in life learn to reframe failing. They look at the situation and learn from it. That is, they are able to let go of the past, keep moving forward with the knowledge they gained and keep getting better. I recall suffering under a Philosophy instructor in my sophomore (or “Yearling”) year. To make matters worse, I had endured Captain “Stickler” in advanced English as a Plebe. As a Fourth Classman, I remember getting upset at earning a “C” on a paper. I went to his office to inquire about his reasoning for my grade. He began to berate my writing, which up to that time in my life, I had believed was very good. I had taken AP English in high school and had received an A+ and a 4 on the AP exam. I had even had some of my work published when I was 16 years-old!

After hearing “Stickler” berate me for some time, in exasperation, I blurted out, “You know, I could have gone to Harvard.” Irritated, he reached for a folder and took out some test scores. These were assessments we had taken when we were in the middle of Cadet Basic Training (also called Beast). Obviously, Beast was not the ideal time to take a standardized test. Nevertheless, he revealed my score and stated, “Cadet, you barely made it into Advanced English.” In other words, I was not very good and was fortunate to even be in his class.

Imagine my disappointment when I discovered that I would have this same instructor for Philosophy in my Sophomore (or Yearling) year. By this time, I spent more time on my papers and even had an officer proof-read my submissions. However, despite every effort, I would consistently get C’s or low B’s from this Captain Stickler.

During the course, both inductive and deductive reasoning was taught, and we had to argue in our papers using both methods of logic. However, despite my best efforts, I never achieved great grades in Philosophy, and as I had other classes that I needed to focus upon, I endured and moved on. In my mind I had failed. Moreover, I believed I had not learned much if anything from Captain Stickler.

Despite the pronouncement of that instructor, over the years I have written volumes on a variety of subjects. I wonder now if Stickler would be surprised? Later, I discovered that I had learned something valuable in his class. I had learned to apply both inductive and deductive logic to the task at hand!

About 20 years after enduring Captain Stick, I was hired as an internal consultant for a large corporation. Within a few weeks of hire I was asked to write the diversity training curriculum for the company. I was to begin by meeting with the Executive Diversity Council (EDC). It was a white male-dominated EDC in a risk-averse company. I was to create a facilitated session, where the members would agree on the guiding principles from which to develop the curriculum.

As an aside, I have made an entire career from assuming jobs and assignments that are difficult and also, that I may not know a great deal about. However, I eventually figure out how to proceed and succeed. This was one such project. As I mentioned in the Problem Solving chapter, figuring out how to survive the Bob and Travel as a Plebe may have laid the foundation for me to take on increasingly more complex assignments in my career.

After some research, I discovered an article that described using inductive reasoning to uncover fundamental premises when attempting to create an inclusive workplace. I quickly recalled the inductive reasoning from my painful cadet experience with Stickler. I then designed a facilitated approach to elicit specific examples in the EDC’s lives where they had experienced being undervalued, ostracized or minimized. From these findings the EDC induced the principles of a healthy, inclusive workplace.

One major discovery and agreement the group came to was that the senior leaders of the company needed to teach the curriculum. They bought into the belief that the senior leaders must first embrace these principles and then teach them to their subordinates. A leader-led training would be the best means to move the needle on becoming more inclusive.

After that successful session, a member of the EDC and chief counsel for the corporation approached me. He praised my approach and then asked if he might borrow my methodology and share it with his staff of 20-plus attorneys. He felt that even his own staff lacked the ability to leverage inductive reasoning in their work. I smiled and was happy to share my method. Then I thought about Captain Stickler and my philosophy fiasco. I realized that even as I was failing, I was learning. The curious thing is that I did not remember what I had learned until I was confronted with a scenario that required that knowledge. I had stored my learning from that course in the far reaches of my brain. And then, when the need presented itself, I was able to extract what was needed. I wonder, had it not been such a painful memory, would I have recalled those concepts so easily?

As Scott Hamilton so correctly stated, “What would I have learned had I won?” The West Point experience insured that most of us failed many times before we graduated. We were tested so often, on so many levels, that it created some self-doubt but perhaps some needed humility as well. We learned to accept failure and learn from it but not let it define who we could be. Failure is transient. Choose to learn from your failure and make the needed changes. In this way, you will Fail Fast and move closer to your goals!